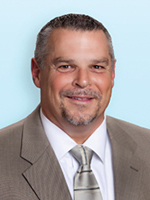 David Singleton is the President of Southwest Land Services, Inc., a land planning and development firm based in Williamson County. Active in both commercial and residential development since 1982, he is currently developing Goodwater, a 600-acre vertically integrated mixed-use community north of Georgetown. In addition to his service on the Mobility Authority Board, Mr. Singleton is a Seton Williamson Foundation Board Trustee, Envision Central Texas Board Member, Metro Board Member of the Williamson County YMCA and Member of the State Executive Committee of the Coastal Conservation Association.

He was also a member of the Williamson County Bond Task Force, which directed the development of the successful $350 million bond referendum for roadway infrastructure improvements in 2000. He previously served as Director of Public Works for the City of Leander, where he was responsible for thoroughfare planning, including the coordination of the inter-local connection of major and minor arterials. Mr. Singleton has also served as a Board Member for the Cedar Park Chamber of Commerce, the Cedar Park Public Library and as interim Chairman of the Board of the Lakehills Economic Development Corporation. He has represented Williamson County on the Mobility Authority Board since January 2003.