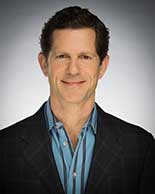 John Langmore is an attorney and financial advisor to a privately-held family office and formerly served as a transportation and land use consultant representing both public and private interests. Langmore began his legal career in the Washington D.C. office of Akin, Gump, Strauss, Hauer & Feld and also worked as an attorney and executive for Caterpillar Inc. Upon returning to Austin, Langmore served as a policy director for the Texas House Transportation Committee during the 78th legislative session.

Langmore’s previous community service includes serving as: Vice-Chairman of the Capital Metropolitan Transportation Authority; Vice-Chairman of the Mayor’s Transit Working Group; a board member of the Lone Star Rail District; a member of the Citizen’s Advisory Task Force for Imagine Austin; and Vice-Chairman of 2017 Travis County Bond Advisory Committee. In addition, he has served on the boards of Envision Central Texas, the Alliance for Public Transportation, the Austin chapter of the Congress for the New Urbanism and the Austin Film Festival.

He is a regular speaker and writer on key issues affecting transportation and land use.